The Stylecraft Blog Tour 2017 is underway. Each day for two weeks, the Blogstars are taking it in turns to showcase a particular colour pack of Stylecraft Batik yarn. Emma Varnam kicked things off on Monday, with Polly Plum, Crochet Between Worlds and CherryHeart following. Keep an eye on Stylecraft's Facebook page here to see whose turn it is next and you could enter a giveaway to win a yarn pack of your own. There are free patterns to download for the duration of the Tour too. It'll be my turn on October 28th but in the meantime, I'm looking forward to seeing what all my clever and creative friends come up with. I wonder if you can guess which colour yarn pack I picked?! 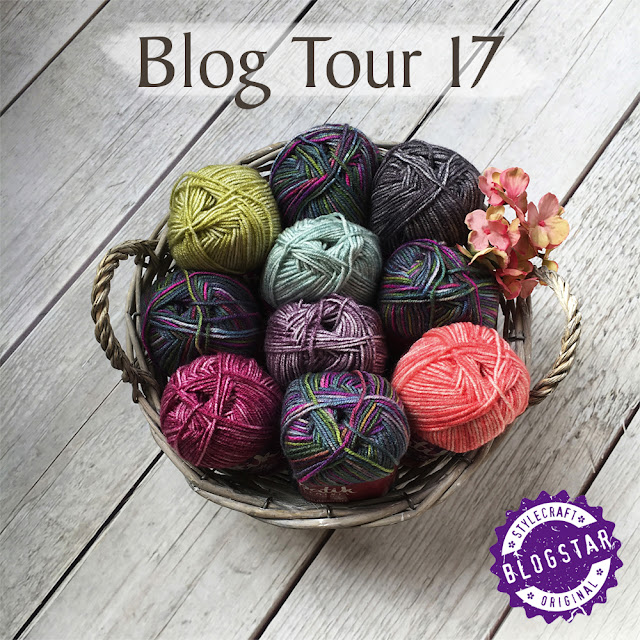 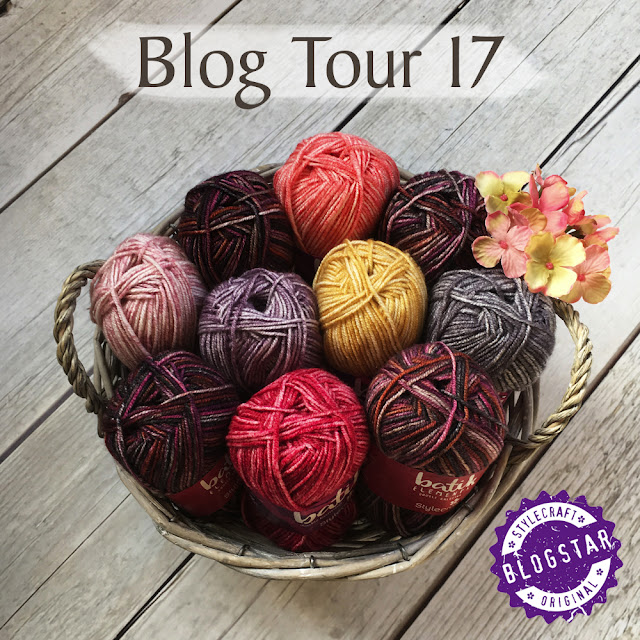 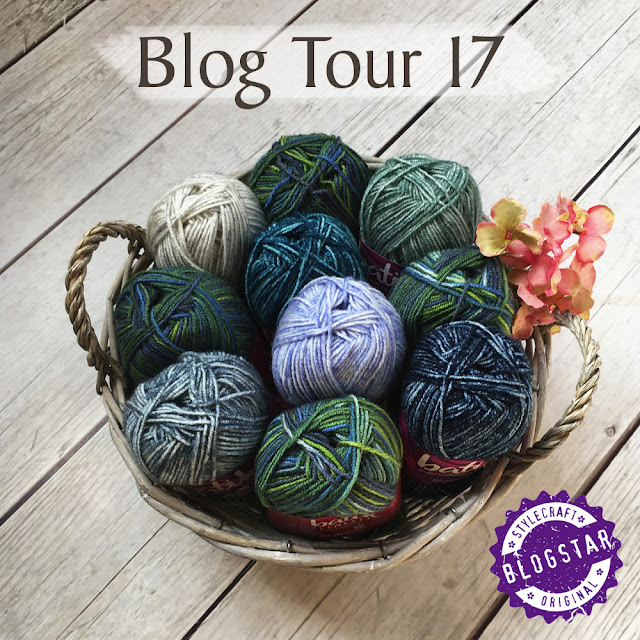 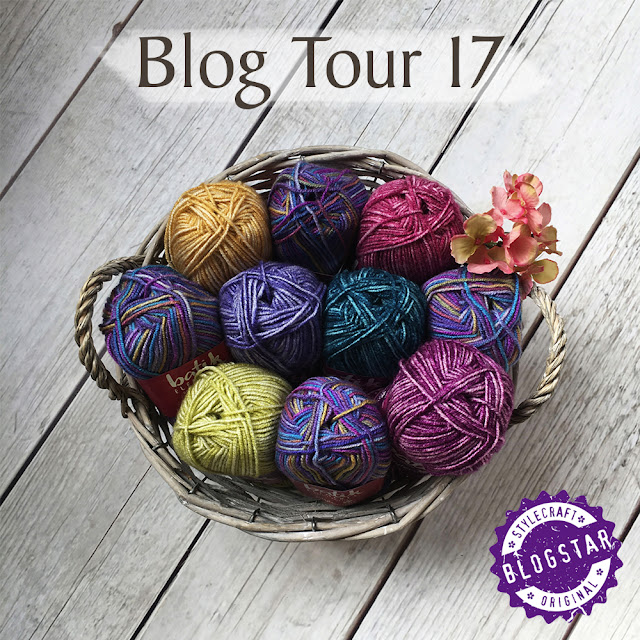 I have been rather remiss with my posting recently. October is more than half way over and I haven't yet organised this month's giveaway. So I've come up with a rather cunning plan. At the end of September, my Cosy Cluster scarf pattern was published in Crochet Now magazine and I announced a giveaway to win a yarn cake of the Stylecraft Candy Swirl yarn so that you could hook your very own scarf. The giveaway was meant to close on October 15th but I have decided to extend it and throw in another yarn cake of Candy Swirl, this time in the Blueberry Gum shade. This means that there will now be two winners and the giveaway will remain open until midnight on October 31st. You can enter by leaving a comment on my blog, on Instagram and also on my Josiekitten Facebook page, so there are lots of chances to win. (You can enter in all three places if you wish!) You can find links to each in the side bar at the top of my blog. Here's another look at my scarf as well as the yarn cakes that may well have your name on them! 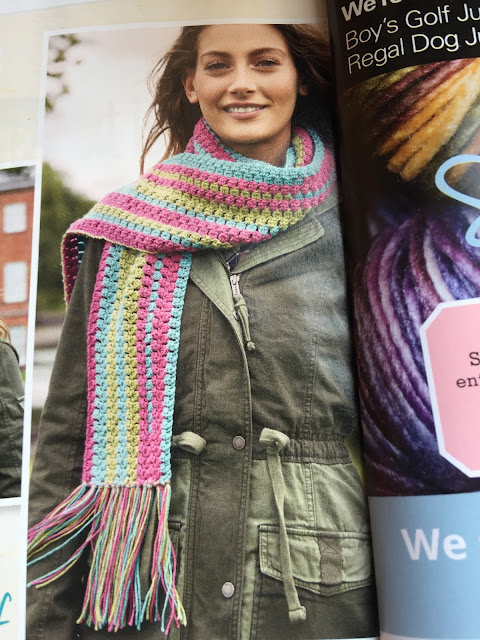 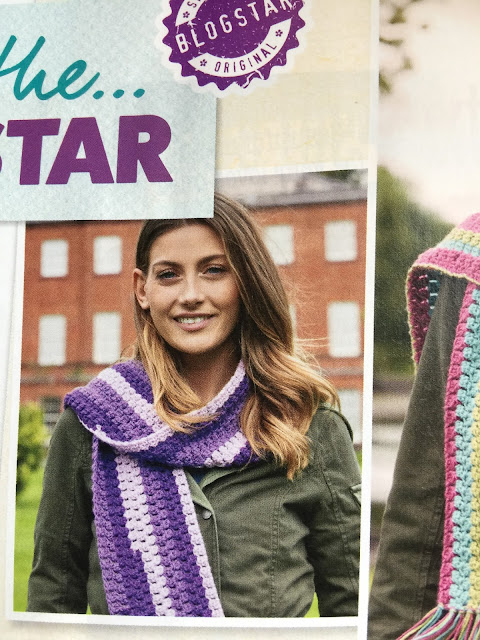 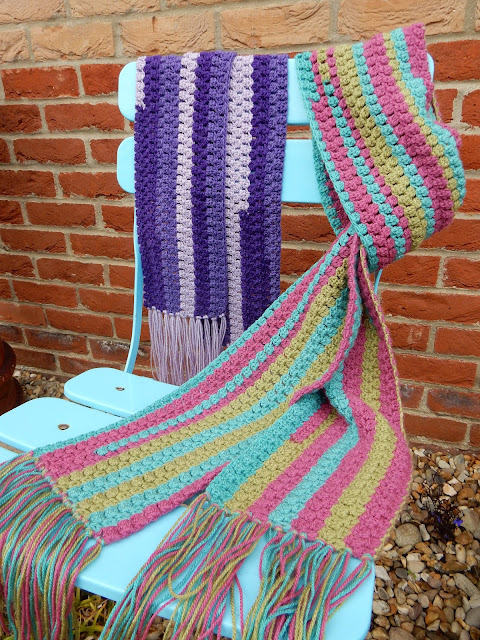 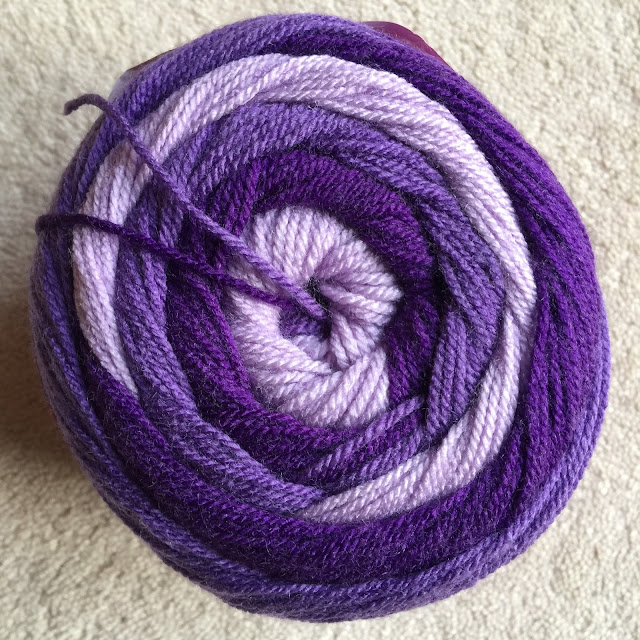 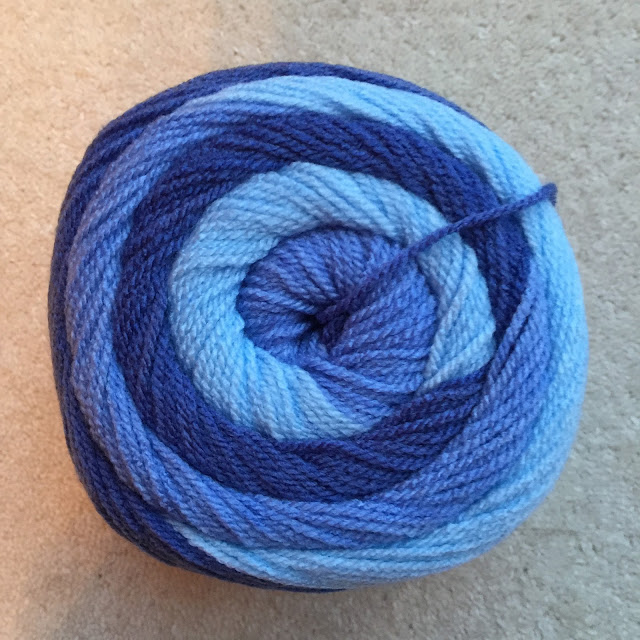 Please make sure that it's easy for me to get in touch with you if you are one of the winners. I'll be putting all the names into a hat and will announce who's won at the start of November.

So what's been keeping me so busy? Well, apart from the Yorkshire 10 mile run just over a week ago, I have also been to Amsterdam. Last weekend I went to support friends who were running the Amsterdam marathon and half marathon in Mr JK's memory. They had all come up to York to cheer me on and it was lovely to be able to do the same for them. Mr JK was supposed to be running with them - he'd casually asked me if I fancied a weekend in Amsterdam before throwing in the idea of a marathon! It was a beautiful weekend and the sun shone brightly. It was a little odd being there without him, because it was a city that we often went to for the weekend, but I had a really good time with friends. I did have a bit of a meltdown on the flight back home and cried most of the way. I think the emotion of the weekend had kicked in, along with the thought that Mr JK should have been sat beside me, celebrating after running the marathon. Luckily for me, my neighbour ignored me snuffling and sniffing and I made it home to be greeted by a rather disgruntled Flo!

Here are a couple of my favourite photos from the Yorkshire 10 mile race. I find it hard to believe that I've actually done it! So it's good to have the proof! 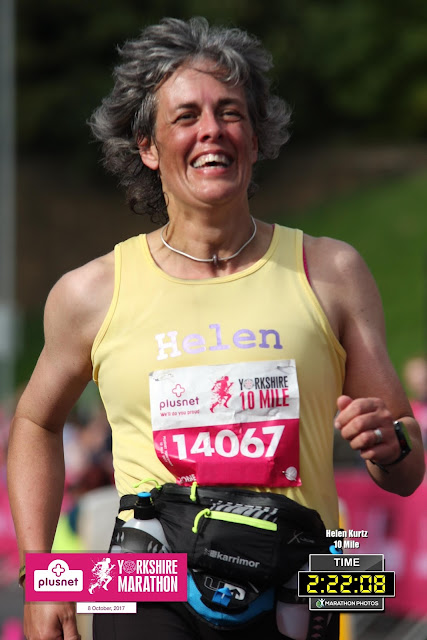 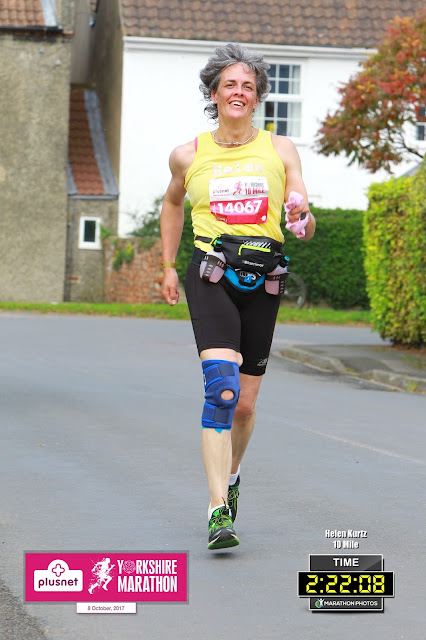 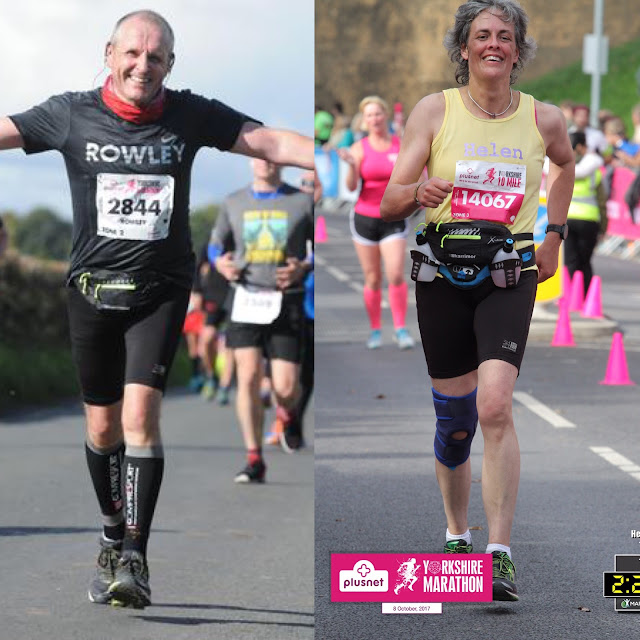 Posted by josiekitten at 19:54

I love the last 2 photos! I'm so glad that you enjoyed your Amsterdam trip - even if it was emotional - and I'm sure that Flo was very pleased to have you home again. xx

You are amazing both in what you do and how you are coping.

That’s making me face water now. Without doubt he was running beside you JK. CN xx

well done on your run! really brave ! love the scarf I have the magazine and hope to make some as Xmas presents !

I agree with Clicky Needles - watery face too!! Also, I'm guessing you picked the last basket of yarn colours, I think they are very you!

Loving the scarf pattern and all those baskets of pretty yarn. I'm pretty sure you chose the last one! ;-) Of course, I'm also loving the amazing running activity of my dear friend! You're awesome! xx

Congrats on your run. I think this is the place lol. good luck all - if I am to be stuck on an island - I want to take with me the following: scissors, crochet hooks of every size, metal rings, and yarn of all different types (cotton for some clothing or heavier for a hammock for ex.)

Loving the colours of both cakes and the scarf pattern xx

Thank you for the chance to try Stylecraft yarn. I hear wonderful things about it, but it's not available where I live. Boo boo.

Well done to you!

Love the colours on the scarfs.