A day of much squishing and fondling..... 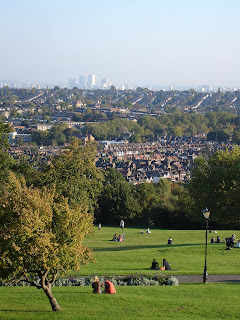 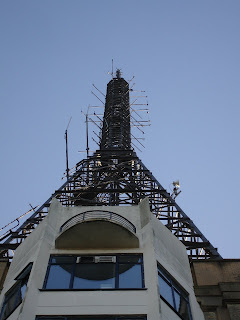 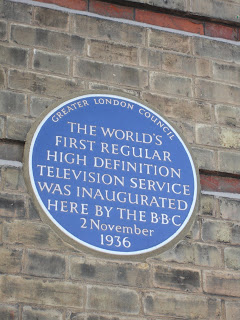 Come on, you must have got it by now! 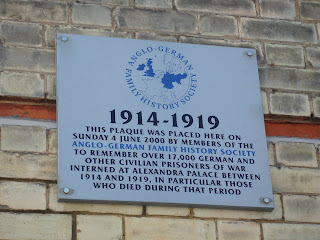 Yes! I went to the Knitting and Stitching Show at Alexandra Palace. I travelled down on an organised coach trip, so was able to knit on the journey, and managed to finish Mr Josiekitten's socks. It's at least ten years since I last went, and I'd forgotten just how many people were going to be there, but once I got over the shock of the crowds, the adrenaline started flowing and I started to explore. I decided that the best way to 'do' Ally Pally was to start at one end of the hall, and work up and down the rows, noting anything that I wanted to come back to. It was hard to go past the Colinette stand right by the entrance. The skeins were just calling out to me! But I resisted the temptation, and started in row A. The first stand was some fun alpaca yarn, with lots of funky scarves adorning the display. Many of you will know that I don't think you can ever have enough scarves, so I wrote down the number of the stall to come back to later. And so it went on - squishing, fondling, stroking, aahing and oohing at all the wonderful yarny opportunities there were. I broke my 'just look and return later' rule when I got to the Get Knitted stand to find Koigu yarn for only £5 a skein. I knew that I had to buy some there and then. The difficulty was in deciding which colours to go for. I was buying not only for me, but also for my good knitting pal Snoopydog. Well, to cut a long story short, I ended up getting 8 skeins. Take a look and I think you'll agree that it is truly delicious! 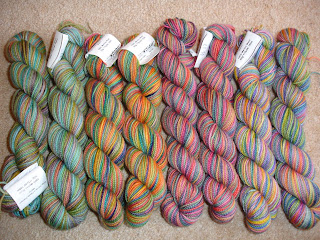 I didn't bother looking at any of the stands selling cross-stitch, patchwork and other sewing crafts. Nor was I interested in getting some false finger nails, (how strange - maybe people get them done to coordinate with whatever project they are working on!) or buying a new handbag, although I very nearly weakened at the fudge stand! That's where the I Knit day was better in my opinion, because you didn't have to search through all the other stands to find the woolly ones! I got a great haul of goodies ......... 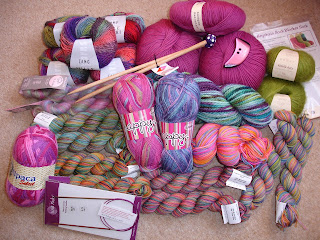 I bought 2 skeins of Colinette Parisienne mohair to make a scarf like Snoopydog's. The colours are gorgeous. I also bought a skein of Colinette Iona to make myself a hat with earflaps. I promise to post some pictures when it's made, even though I'm not really a hat person and look very silly wearing one! 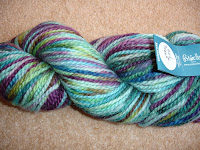 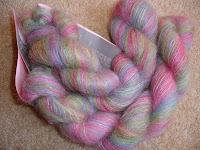 I bought some Wendy 'Happy' sock yarn - 75% bamboo and 25% nylon. Also some Rowan Kidsilk Haze for (another!) scarf. 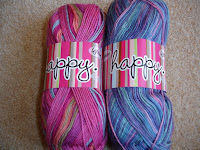 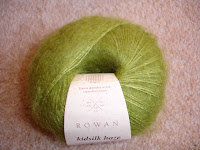 I bought the plain pink yarn and a rather nice button to make a felted bag, along with the Lang Mille Colori yarn. The bright multi pink alpaca at the front is going to be turned into a rather funky scarf. I loved the pattern and couldn't get it without buying the yarn! I also treated myself to a skein of incredibly bright sock yarn from HipKnits. I bought a pair of wooden knitting needles to make myself a Haven scarf, inspired by Susan Crowe's, and a circular needle to try knitting socks in the round!
It was a great day - now excuse me if I go and get on with some knitting. I think I probably have enough sock wool to last me a lifetime! My yarn diet starts right NOW!!!
Posted by josiekitten at 20:01

Yum! Yum! Can't wait to get my hands on my share of the scrummy yumminess. You did well josiekitten, as everything was bought with a purpose in mind. LOL!! What a fabulous selection.

What a fantastic haul!!! Gorgeous stuff there. I am going to the Harrogate show in Nov, I hope that has as many goodies :D

I am pea-green with envy.

I was marooned in Bristol on a project management course all week and couldn't get to Ally Pally. I didn't even get to Get Knitted!

Glad I could enjoy it vicariously from your blog :-)

Wow! What a fantastic, gorgeous haul!! You lucky thing, and lucky snoopydog! :)
Know what you mean about the random other stalls though. Hey great minds think alike - I got the blue Wendy Happy as well :) thought it'd make a gorgeous summer shawl!
xx