Sock highs and lows (and highs!)

*** Sock highs ***
I finished my pair of self-striping 'Fruit Salad' socks. Even better, I have enough yarn to knit a second pair, I just need to find a miniskein to go with it. It won't come as a surprise to you that I'm pretty sure I have one (or two or three!) The yarn is from Laura who runs Crafter's Balm. I've just seen the yarn for her next month's sock club and I fear that resistance is futile! 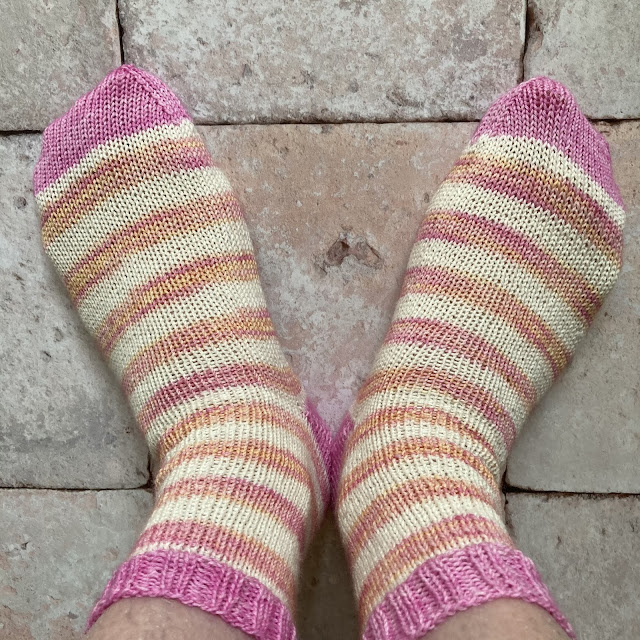 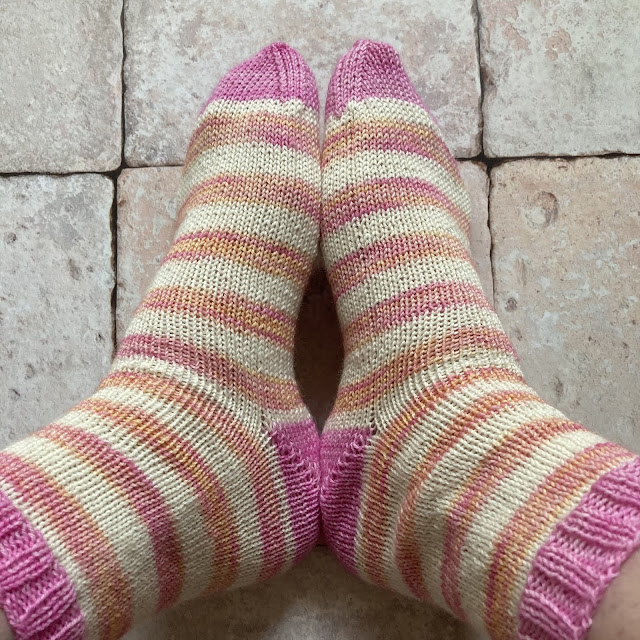 *** Sock lows ***
My May rainbow socks (the ones with the horrible crinkly yarn) are now firmly in time out in the naughty corner! I was just starting the heel flap on the second sock and discovered that I was one stitch short. Eventually I found a dropped stitch, way back down near the cuff. You can see it on the stitch marker in the photo below. It was impossible to pick it up so I had to frog back to the the dropped stitch. I admit to saying quite a few rather rude words when I discovered it! 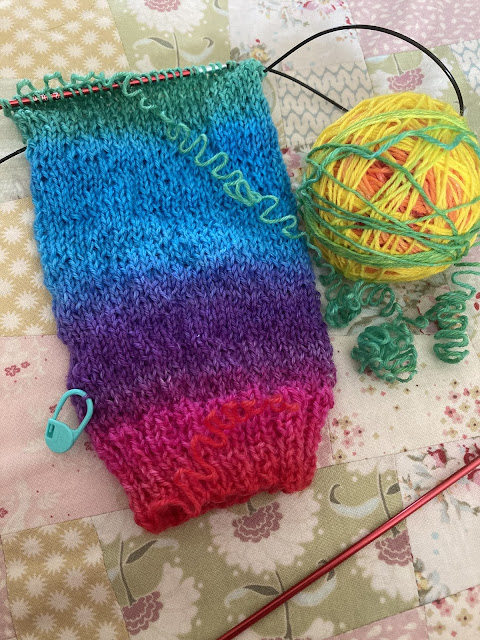 *** Sock highs ***
To console myself over the naughty May socks, I wound another skein of yarn and cast on for my June socks. The yarn is from Norah George and the colourway is Muted Rainbow. I'm doing a simple combination of knit and purl stitches but I think it's quite effective. 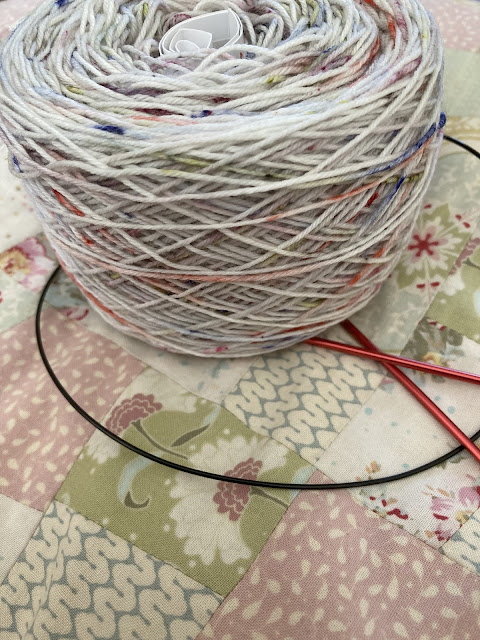 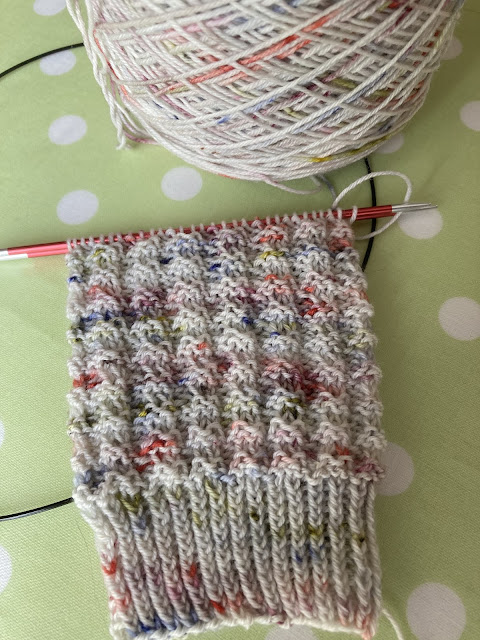 Posted by josiekitten at 10:38

How annoying having to frog back that far. No wonder they are in the naughty corner! I love the yarn though, so I'm sure they will be worth all the effort in the end. I've nearly finished my scrappy boxy sweater. I'm trying not to think of all the ends that I need to weave in. Why didn't I do them as I went along?! xx

I think I would have secured the dropped stitch at the back!

When I discover a mistake so far back in my knitting I could kick myself for not checking as I went along. Different sized cuff ribs, one foot longer then t’other I never learn. Like Busy says, I’d catch the loop and stitch it down especially if I was knitting them for myself. call me slapdash but those socks have been naughty from the start.